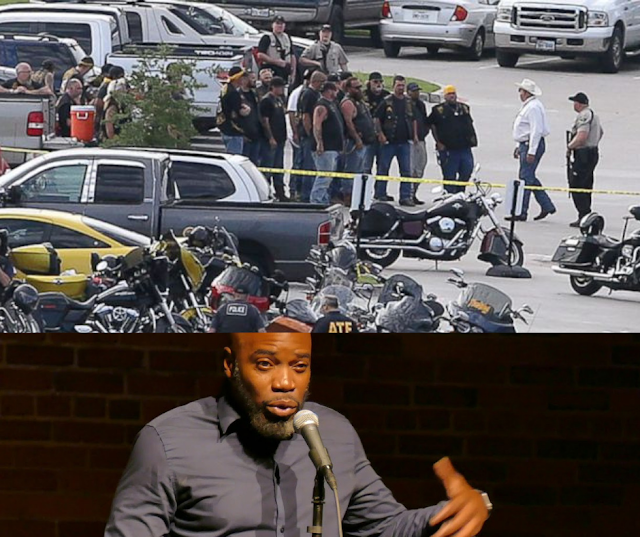 It's all about White Supremacy! Anything this cunt writes about is how the whiteys keeping the black folk down. I'm certain everyone seen this morons last piece titled- White Gangbangers File Civil Rights Suit After Getting Off Scot-Free In Deadly Shootout. Yeah, the cue ball was writing about the recent decision of District Attorney Barry Johnson to drop all charges against the remaining 24 people in the Twin Peaks Case. If you want to read the article, you can find it under that title. I Won't provide the cunt the satisfaction of getting anyone off my article clicking over to his dumb ass.

So let's talk about his article. In it he claims it was white privilege that got all 177 bikers off the charges in connection to Waco. Is the ignorance showing yet? This cunt really summarized the whole Waco Twin Peaks shootout as coming down to white privilege. People wonder why the races cannot get along. Now grant it, this moron writes for Roots. A publication that hates whites. What I did find surprising and this should piss everyone off, Google search actually listed this publication as news! Oh, that's right, we are living in a time where its not cool to be white. It's the in thing now among liberal leftists communist. We are supposed to sit there and suck it up. Yeah, fuck that!

Liberal Leftist apologist can go ahead and try to atone for some shit that happened over a 150 years ago but I won't. Wasn't alive and not around. Neither was any black today. So why in the hell I'm I going to sit here and apologize for being a white man? Yeah, not going to happen. Here's a newsflash for all those type of people who think its whitey that causes all their problems. You're all full of shit. The only one who can cause your situation is yourself. You either want to be a somebody or you don't. Life is a motherfucker and doesn't offer breaks to anyone. Black or White. You're either looking up to someone like Martin Luther King or a joke like Al Sharpton. You pick! Martin Luther King didn't sit there and cry and whine about Whitey. No, he did something about it to implement change. All the work that man performed and the price he paid people like the cunt Michael Harriot dishonors. People like Michael Harriot believe everyone owes him something. Well cue-ball life doesn't owe you anything and neither does any person white or black.

Instead of using his platform to empower his readers he uses it to sow discontent. Instead of uplifting people, he uses it to spread the most screwed up shit. One being Black on Black crime. Yes, cue ball cunt is even blaming that on whitey. Don't know about you cue ball. Whitey doesn't have much of a presence on the Westside or Southside of Chicago. By your indications the white man is making all the violence happen in those neighborhoods. Its whiteys fault Chicago has turned into Chi-Raq! Man, get the fuck out of here. Am I to assume all the dealers and gangsters on the south and west side are all white? Cause according to your article this is exactly what I'm to assume. No! Its the people in the neighborhoods who don't give a crap about how things have turned. Here's the deal. What is happening in the neighborhoods on the West and South side are the result of the peoples own actions. Not whiteys but their own. The way it use to be can be found in the article below. One in which I discussed how the neighborhood was once cared for by its own people

You want to know why some neighborhoods are more desirable than others cue ball? Its because the neighborhood took care of each other. People were not allowed to shit in their own back yards. We didn't rely on the outside to make sure the neighborhood was safe. We relied on each other. White, Black, Brown or whatever other color you want to throw in. We sure the hell didn't blame anyone else when things went to shit. We knew if things were bad it was no ones fault but our own.

Let's finish up this rant with your article about Waco-Twin Peaks. You're a sorrowful son of a bitch you know that? For four years those families went through complete hell and back. Lost marriages, jobs, sons and brothers. Why? Because of a corrupt district attorney and police department. You know, the shit people like you complain about all the time. Did the biker community go out and burn down the neighborhood like what happened in Furgeson? Hell no! The biker community bonded together to fight a wrong.The biker community still till this day deals with profiling. Sorry to say cue ball. You're not the only ones who have to deal with the shit. I can tell you one thing, though. Its how you go about fighting it that makes you a man or a crybaby. You must live an extremely sad existence. Accusing the white man for everything that happens to you. I couldn't imagine being so miserable. You live in a country where anything is possible. Instead, you sit on your soapbox crying and whining. Again, you truly do dishonor everything Martin Luther King was all about. You want to do something for you and your people? Get out there and uplift people. Stop blaming everything that happens to you on someone else. Take some damned responsibility for yourself and actions. You'll be a hell of a lot better off and you might actually start enjoying life a little more. 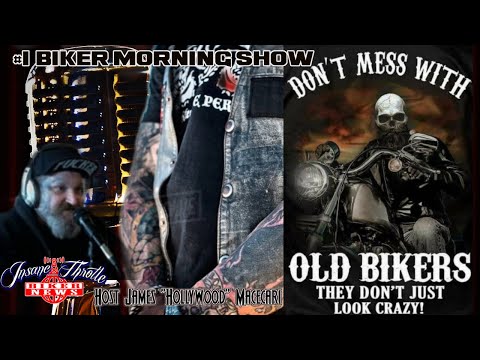 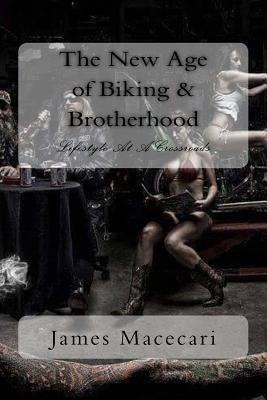